The Connection, Inc has been serving New Jersey since 1992, providing IT Support such as technical helpdesk support, computer support, and consulting to small and medium-sized businesses.
Font size: + –
Subscribe to this blog post
Print
Bookmark

The IoT Continues to Expand Whether it’s RFID sensors, mobile devices, or commercial goods, the Internet of Things (IOT) is an exponentially expanding industry. Which makes us think, “What can we expect in the near future for IOT?” Today, we will answer this very question.

The annual global spending on IoT research and integration reached $745 billion in 2019, so what are we spending all of this money on? The answer is simple, yet the solutions are complicated. The IoT is a system of interrelated computing devices. They are provided with unique identifiers and the ability to transfer data over a network without requiring human-to human or human-to-computer interaction.

All this means is, as humans we are trying to make things smarter. The IoT is anything that:

So, how smart are we actually making things?

One intriguing place the IoT has impacted thus far, and will continue transforming, is what has been termed “the smart city”. The smart city outputs low bandwidth out of what are known as low power IoT connections. These devices deliver power-saving features that perfectly conform to the demands placed on it by city administrators. It also allows you to monitor assets. These sensors can be implemented for a number of uses such as:

Roadway Sensors - These sensors are built into roadways and allow the ability to sense traffic congestion and even the condition of the roadway.

Bridge Sensors - In the past, an inspector was dispatched to evaluate the condition of architectural roadways, such as a suspension bridge or a truss bridge. The IoT has delivered a full time, 24/7/365 inspector: bridge sensors. These sensors are able to detect a number of things, from traffic to seismic vibrations.

Interior Sensors - Interior sensors go far beyond your thermostat. While they are still able to adjust the temperature, they also can be used to monitor foot-traffic, adjust lighting, and control numerous other systems we rely on.

So, what other sensors might be seen in the IoT’s next chapter? Perhaps entryway sensors, which will add a new step of security - biometrics. These could replace our RFID badges, which will vastly improve security.

No matter the industry you work in, security should always be a top priority. Whether it’s employee verification via scanning their RFID badge, or simply data infused within these IoT devices, The Connection, Inc can assist your business in ensuring you are sufficiently prepared.

Undeniably, the IoT is introducing fascinating technology: smart TV’s, Bluetooth devices, lighting features controlled by your phone, smart thermostats, the list goes on and on. However, it is important to understand and be prepared for what could be lurking -- an attack. After all, these devices are all connected to the internet. For more technology information, or questions regarding existing tech within your business, call us at (732) 291-5938.

Yes, I read this news that the it continues to expand and its really important to talk about this. For the essay mama review I work really hard and this post is more important for me. Thanks for this great post.

0 Cancel Reply
Yes, I read this news that the it continues to expand and its really important to talk about this. For the [url=https://www.essaywritingboo.com/essaymama-com-review/]essay mama[/url] review I work really hard and this post is more important for me. Thanks for this great post.
Cancel Update Comment 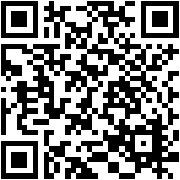